This Code of Conduct establishes a clear set of guidelines for the coach, player and parents/guardians. Its primary goal is to help ensure that soccer is a fun, positive and enjoyable experience. Our Code of Conduct is based on the concept of fair play, defined by four basic principles:

If you are upset, we recommend you wait 24 hours and then determine if you wish to further pursue an issue. If so, talk to your coach privately. If you are unable to obtain satisfaction, please contact our Head Coach.

Any coach, parent, grandparent or guardian judged by the Discipline Board to be guilty of abusive conduct toward a referee during a Club’s House League game will be reprimanded in writing and subject to policies and procedures as outlined in the OSA Discipline Guidelines. A second conviction, during the same season will result in the member being restricted from all services rendered by the Club including attendance at all soccer activities within the Club. In extreme cases, as determined by the Discipline Board, a member may be reinstated subject to a review hearing.

When a referee feels that they are being abused, as per the scope of this policy, by either a coach or supporter, the referee is allowed to suspend the playing of the game. If the abuse is physical, the game official is advised to inform the coaches that the game has been abandoned and then proceed with step 1.

Once the prescribed action has been completed, the game will restart with a dropped ball between the two teams at the location where the play was stopped. If the abuse continues, the referee will be allowed to stop any further playing of the game and advise the coaches that the game has been abandoned and that a Special Incident Report will be forwarded to the Club’s Discipline Board. The official must clearly indicate on the game sheet that the game was abandoned due to abuse and if abandoned:

1.     The game official must contact either their Referee Coordinator or a member of the Executive to verbally report the incident within 24 hours.

2.     A Special Incident Report, with the assistance of the Referee Coordinator or a member of the Executive, if required, must then be forwarded to the Club within 72 hours.

3.     The Club’s Discipline Board will then review and deal with the report as per their guidelines.

4.     If the game was abandoned due to the conduct of a fan not associated with either team, the Executive will determine the status of the game.

In the case where the alleged abuse is of a physical nature the referee should contact the local police service and file a complaint.

This policy governs the publication of and commentary on social media by players, coaches, referees, and Members of the West Carleton Soccer Club. For the purposes of this policy, social media means any facility for online publication and commentary, including without limitation blogs, wiki's, social networking sites such as Facebook, LinkedIn, Twitter, Flickr, and YouTube. This policy is in addition to and complements any existing or future policies regarding the use of technology, computers, e-mail and the internet.

West Carleton Soccer Club acknowledges that Cyber bullying is becoming a significant threat to the safety and wellbeing of a whole generation of young people in our sporting community and beyond.

The use of social media to taunt, threaten, or bully any player, coach, official, or spectator is strictly prohibited. Violation of these Social Media Guidelines, Code of Conduct of House League Bylaws or the OSA Harassment Policy will be subject to disciplinary action as determined by WCSC’s Executive Board Disciplinary Committee and these actions will have the same consequences as if they happened on the field of play.

The following are examples of conduct through social media and networking mediums that are considered violations of the WCSC’s policies and may be subject to disciplinary action. This is not an exhaustive list:

The WCSC Executive Board Discipline Committee will investigate reported violation(s) of this policy as per OS Discipline Report procedures. If the investigation determines that a violation has occurred, discipline will be administered according to OSA Discipline Guidelines.

If you as an official, a player, a coach or a WCSC Member feel you are being abused, harassed or bullied via Social Media.  Please submit a formal report to the discipline committee using the following email address: discipline@wcsc.ca

This report should proceed as soon as you think there is an issue.   Do not wait hoping it will stop.

Your report should contain details of what the complaint is, when the issue happened and the name of the person the complaint is about.  Please include as much detail as possible including screen captures that highlight the reason for the complaint.

When a complaint about abuse through Social Media or Cyber Bullying is received you will receive an acknowledgement of your complaint in 24-48 hours.  At which time you will be informed of the next steps and asked for any additional information that may be required. 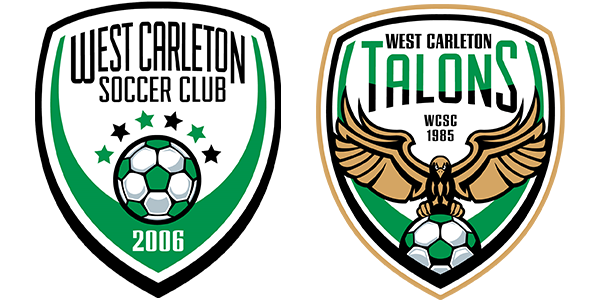 Board of Directors ( and Program Coordinators)